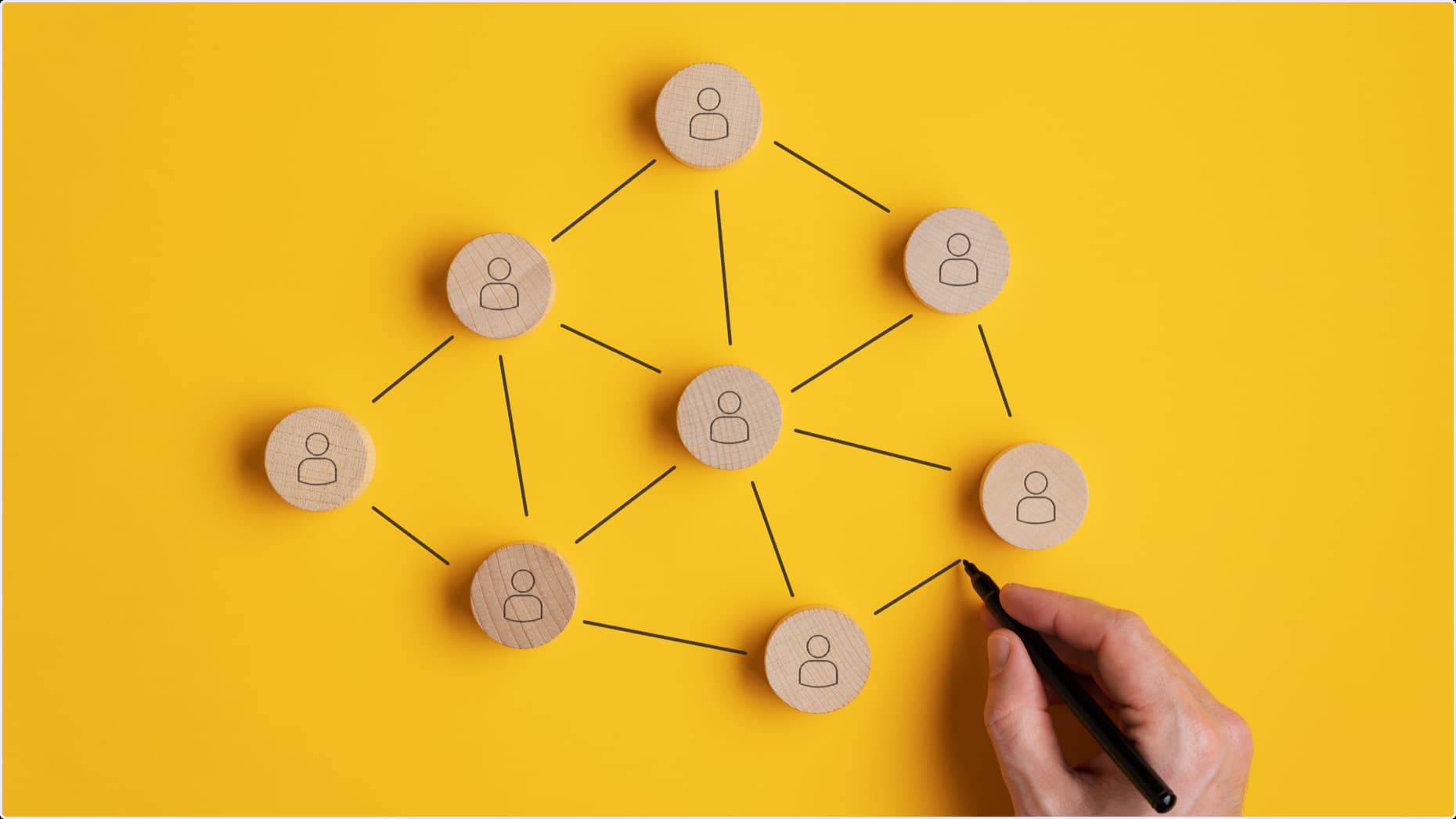 Collaborative hiring is all the rage nowadays, and for a good reason.

With such tight competition for talent and the impact of a poor hiring decision so steep, companies use this approach to get it right when filling a new position. Because of this trend, hiring teams are becoming increasingly influential when making recruitment decisions.

In this article, we’ll explore how you can create an effective hiring team at your organization. But first, some context.

What is a hiring team?

Hiring teams are groups of employees that are tasked with filling a vacant position in a company. They’re responsible for every stage of the recruitment process, including:

Collaborative hiring teams can be cross-functional, meaning they contain people from various departments and seniority levels.

This is a substantial benefit of collaborative hiring because you’ll gain different perspectives from employees with varying responsibilities and priorities. Combine them, and your company acquires a vital asset when recruiting.

This committee is involved at every stage of the hiring process and helps to facilitate a genuinely collaborative decision.

Why are collaborative hiring decisions better?

Hiring by committee ensures that there isn’t one single person who controls the recruitment process. With a solo interviewer, it can often lead to issues with bias and one-dimensional decision making.

Instead, employees with different knowledge and experiences of the company can voice their opinion on who they think would make the best hire.

Having a collaborative hiring team opens a door full of opportunities and benefits, including:

However, to reap these benefits, you’ll need to ensure that your hiring team is made up of the right cross-section of people within your organization.

Who should be on a collaborative hiring team?

Each collaborative hiring team you assemble will and should be adapted for the role you’re looking to fill.

The goal is to include only the people who add value and insight to the hiring process and not muddy it with too many opinions.

There’s no point, for example, asking a barista to play a part on a collaborative hiring team for Starbucks if the role revolves around marketing.

Each hiring team member should have a clearly defined role and set up tasks to complete in the recruitment process.

Typically, a hiring team will be made up of the following roles:

‍The hiring manager is the person who requests that a position be filled. They’re the head of the collaborative hiring team and coordinate with HR throughout the process. They generally have the clearest vision of what type of candidate is needed for the position.

It’s essential that the hiring manager expresses their vision so other collaborative team members can pick up on elements of the interview that others may miss.

The recruiter is in charge of the end-to-end process of talent acquisition and acts as an intermediary between the hiring manager and the applicants. Think of the recruiters as the hiring strategist and quarterback.

The talent sourcer is in charge of finding qualified candidates who fit the job requirements for the role. They oversee the selection of job sourcing platforms, do outreach on talent pipeline, social networking, and any other tactic to bring in applicants.

The interview team is typically made up of employees who will directly interact with the chosen candidate. These might be future team members, other managers within the department, or senior leadership.

The recruitment coordinator handles the admin and keeps track of to-dos and outstanding tasks. This might include posting job ads, scheduling interviews, sending paperwork, and so on.

In the next section, we’ll walk you through the eight common steps to assembling a hiring team, using a software developer job requisition as an example.

‍Company X is looking for a new Software Developer to join their team. They’ve had issues with retention, cultural fit, and skills competencies in the past, so they’ve decided to take a collaborative approach to this job requisition.

Sandra, Company X’s Director of Software Development, will act as the hiring manager for the new role and has received approval from her boss to move forward.

Here are the steps she’ll take to assemble her hiring team and execute a collaborating recruitment process:

This formally gets the hiring process started.

Because this is a technical role that will require input on coding competencies, as well as cultural fit and soft skills, the hiring team will be a combination of staff members who can address those needs, including:

Step 3: The hiring team prepares for active recruitment and sourcing.

This includes taking a collaborative approach to establish:

The recruiter and talent sourcer take on the majority of the work but encourage the hiring team to reach out to their network for referrals.

The CTO and Sandra’s team are well-connected in the industry, so they actively reach out to potential hires.

Step 5: The hiring team screens and shortlists by committee.

After the ATS has completed a parsing of the resumes, the hiring team actively reviews the remaining candidates.

The Software Developers screen for technical experience, while the rest of the team focuses on potential fit and relevant industry experience.

The highest potential candidates are identified and invited in for interviews.

Step 6: The interviewers meet with each candidate.

Using a phased interview plan that starts with a phone screen by the Recruiter, each candidate meets with Sandra, and then the Software Developers.

If all three parties like what they see, the candidate moves on to a final interview with the CTO.

At this stage, there are three candidates in the running for the position. All have made it through the interview process, and all are showing great potential.

Now the hiring team will meet to walk through the pros and cons of each candidate in the hopes of reaching a consensus pick.

Step 8: The team finds their candidate, and onboarding begins.

After careful consideration, the team selects their consensus top pick for the role.

This candidate has built a great rapport with everyone on the collaborative hiring team, and their new co-workers are eager to start onboarding them into the company.

All that’s left to do is for the candidate and the recruitment coordinator to finalize the paperwork!

As you can see from our example above, Sandra’s hiring team was very effective at making critical decisions by committee at each stage of the hiring process.

From start to finish, the emphasis was on sticking to a collaborative approach to hiring, and it paid off for them in the end.

Before you create your own hiring team and follow in Sandra’s footsteps, it’s essential to have the right resources and process in place at your company.

What you’ll need to manage a collaborative hiring team

Creating guidelines is a critical step for success in collaborative hiring. These guidelines need to address how your hiring team will communicate and who will act as the leader. Don’t forget to create guidelines to determine what each member’s role will be and the deadlines and expected outcomes.

Without having these clear guidelines established upfront, you’ll likely lose your way as the hiring process unfolds.

If you plan to hire collaboratively regularly, then it’s a good idea to create a set of written guidelines that can be used when forming each new hiring team. This will ensure a consistent process, philosophy, and, ultimately, outcome. It’ll also save the company more time, as the guidelines are pre-existing and need only, if appropriate, to be edited according to the role.

Providing training to hiring team members is also critically important to success. This is especially true for team members who get roped into the process and have never experienced a hiring process internally before. They’ll need training on interview best practices and how to interact with candidates.

Establishing a training program for potential hiring team members is a good idea to ensure consistency and quality of work. This will also allow the leadership team to personalize the interview style to match the company’s ethos and, ultimately, make sure everyone is on the same page.

Lastly, you’ll need the right tools to manage a hiring team. Typically that would include an Applicant Tracking System (ATS) and collaborative hiring software (bonus points if your ATS has both functionalities).

Specific features within an ATS can also enhance and improve the collaborative process, such as:

The days of hiring solo are coming to an end.

Hiring teams are becoming and will continue to be a dominant trend that helps companies hire the best possible person for the job and win the talent competition.

If you’re aiming to recruit a candidate perfectly suited to the role with a strong cultural fit, follow our guidelines on forming a collaborative hiring team. 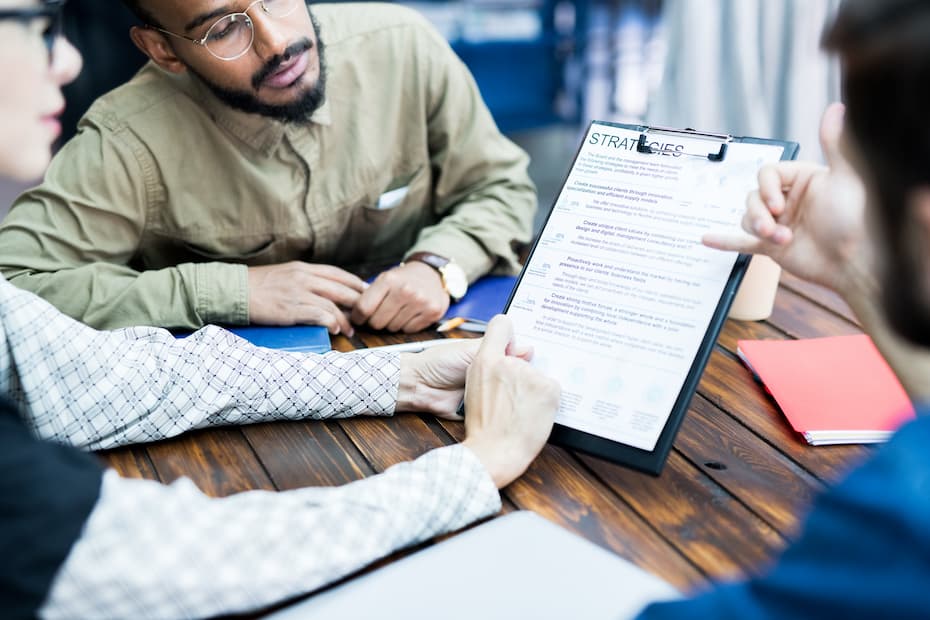 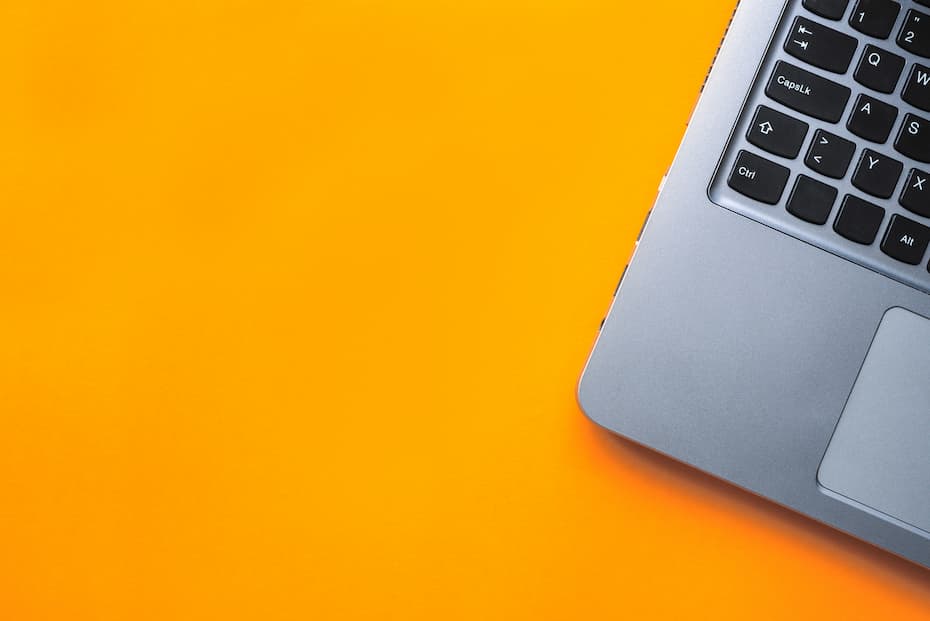