Emotional intelligence interview questions are becoming more frequent in the hiring process, but how much weight should they carry?

Hiring managers want to fill a vacancy as soon as possible to keep productivity up and meet their goals. They often overlook soft skills when writing a job description. Emotional intelligence is a vital soft skill, together with communication, problem-solving, teamwork, adaptability, and work ethics.

Recruiters play an essential role in identifying the necessary soft skills for each position and including them in the job description. If you get raised eyebrows, persevere! It can be challenging to explain the importance of recruitment to non-HR stakeholders. You'll win them over by explaining that the questions test empathy, and provide a glimpse into the person behind the CV.

We all know that hiring the right skills with the wrong personality spells disaster.

What is emotional intelligence?

Emotional intelligence, as a factor in business success, has been becoming more prominent over the past two decades. There are many definitions, but the most popular is from the researchers who devised the Mayer-Salovey-Caruso Emotional Intelligence Test (MSCEIT):

We can break it down further to better understand. People high in emotional intelligence have:

When you include EQ questions in your hiring process, collaborative hiring is crucial to prevent personal biases from creeping in. A winning hiring team will ensure that the questions are fair and that, whatever the answers, there's no personal judgment.

Every member of the team needs to concur that the elected EQ questions are relative to the role. Also, there's no right or wrong answer, and that questions aren't complied to catch people out inadvertently.

Interviews are stressful for candidates, and if questions make them feel embarrassed or cornered, you could upset them. Poorly selected or phrased EQ questions could unintentionally cost you your best candidate.

You want to get to understand the personality, but questions must never harm the candidate experience.

Here are some of our favorite emotional intelligence questions and answers, as well as potential red flags. Remember to follow up with probing questions until you get a full picture. Avoid questions that can be answered with a "yes" or "no." Use "what happened next?"; "how did that make you feel?"; "what was their reaction?" type follow-ups.

‍1. Has a work situation required you to change your behavior? If so, why, and how did you change?

‍You're looking for situations like learning new systems, changing environments, new responsibilities, or even new management. What you want to see is if the candidate can take on change without it affecting them personally or impacting productivity.

‍Red flags: stories of resisting change, inflexibility, and resigning rather than adapting.

‍2. Have you ever been challenged by a co-worker, and how did you handle it?

‍Emotionally intelligent people will display reflection and empathy for both themselves and their challengers. There's always a backstory, but people low on EQ may be unaware. Someone high on EQ will explain the emotions or the high stakes that played a role. They would have tried to resolve the matter amicably or invited a neutral party to intervene. Emotionally intelligent people don't shy away from identifying and admitting their role.

‍Red flags: impulsive reactions rather than taking time to respond. Aggression, showing off about "putting them in their place" and even being proud that the person resigned shortly afterward.

‍3. How do you respond when a manager criticizes your work?

‍Everyone makes mistakes, so being called out at some point, is inevitable. Candidates with high emotional intelligence will open up and provide examples. They'll also acknowledge errors and tell you what steps they've taken to avoid reoccurrence. If they do lay some of the blame elsewhere, it will usually be with consideration. For example, "I didn't know, but I probably should have asked first."

‍Red flags: Candidates who've never been called out; that's highly unlikely. Everyone was once a trainee, and all trainees slip up occasionally. Ask them to go back to their first job. They might remember then but might blame someone else. This could indicate someone who avoids taking responsibility.

‍4. How do you recover from failure?

‍Here you're looking for more than just a mistake; you want details of a disaster, large or small. We've all been there. A late deadline, a valid complaint from a customer, oversight on a specific task, and forgetting to carry out an instruction. You want a situation that left the candidate red-faced without a valid excuse.

High EQ knows they've slipped up and accepted the consequences. They're also willing to put in the time and effort to turn the situation around. In some instances, they might have elected to resign because their failure caused harm to others or the company brand.

‍Red flags: signs of lingering resentment, bad-mouthing colleagues, blaming the product, or running the company down, refusing to accept accountability, and defending themselves in possible disciplinary processes.

‍5. What kind of workplace behaviors anger or annoy you?

‍Remember, we don't choose our colleagues, we're brought together by our employer. We have habits that we don't even realize might be annoying. For example, one person in a team might be particularly neat, while another's more relaxed in their workspace. High EQ will recognize the difference in priorities and encourage cooperation to find a happy medium.

‍Red flags: making fun of the other person. Anger, proving a point or asking to be moved to another team. These are all signs of a lack of emotional understanding and inflexibility.

‍6. Tell me about a time when you had to be confrontational to achieve results. What did you do, and how was it received?

‍No one can escape confrontation in the workplace. It will rear its head somewhere along the line. You need to know the background, what was at stake, and why confrontation was the only option. Was the confrontation planned or spontaneous? A self-aware person would control their emotions, even if the situation were unexpected. They'll think it through while on their feet and work towards a positive outcome, despite the confrontation.

‍Red flags: aggression and anger. Proudly bringing people to tears. Avoiding confrontation at all costs, even when it's necessary. People who avoid conflict are often challenging to work with because they'll hide mistakes (their own or other's), overlook problems, and are often disengaged.

‍7. What's your biggest achievement, and why?

‍This answer will tell you what matters to the candidate. You can also gauge their level of ambition. If their achievement is related to solo-effort, ask them if anyone else could have contributed to their success. If they refer to a team accomplishment, ask them what role they played.

‍Red flags: there aren't red flags here because you should be matching the question to the role. If you're interviewing a sales consultant and they refer to being awarded the "sales consultant of the year" status, it doesn't imply that they're a solo-player. Getting new business is a hunter type of job. Conversely, in a design team, each member contributors to the end product.

‍8. How do you celebrate success?

‍You must consider the role, the candidate's age, and also their stage of life when asking this question. It is best used to get to know the person better when you're interviewing for mid-management and more senior roles.

‍Red flags: there aren't any because we all celebrate differently. You can get some insight into whether the person will fit the company culture, though. Someone who went out and "partied all night" isn't wrong as long as they arrived at work the next day on time, upbeat and productive. Another person might have taken their family out for a meal, and another did nothing but feel good. They're all right; no one's wrong.

‍9. Have you ever had to be the bearer of bad news? (You can also ask about being promoted to a job that someone else desperately wanted.)

Both questions mean that the candidate was directly involved in someone else's disappointment. You want to see if they had empathy and could understand the other persons hurt. Whether it's letting an employee go or getting promoted, high EQ knows to go in that there will be emotional distress, and they plan for it. They approach the situation with compassion.

‍Red flags: arrogance, lack of empathy, or ignorance that someone else might have been hurt. Also, becoming overly involved in the emotions of others. Declining a promotion to keep friends or asking someone else to break the bad news.

Emotional intelligence interview questions must be used with discretion. Unlike skills-based questions, emotional questions dip into the personality, and that can make people feel uncomfortable.

Select questions that can be confirmed in previous job references, and don't be afraid to probe either the candidate or the referee to get the full picture. Answers that can appear positive can be negative when you understand the whole picture. For example, someone who says they're popular at work could be a flirt or distract colleagues. Contrariwise, they could genuinely be a people-orientated team player.

Also, keep a close eye on interview body language when asking emotional intelligence interview questions. Drill down to get the facts before you put any weight into the answers. If you're not sure how valuable the question was in the interview, discard it entirely and don't use it at all when weighing up the candidate.

Additional resource: 13 critical thinking interview questions to use in your next interview 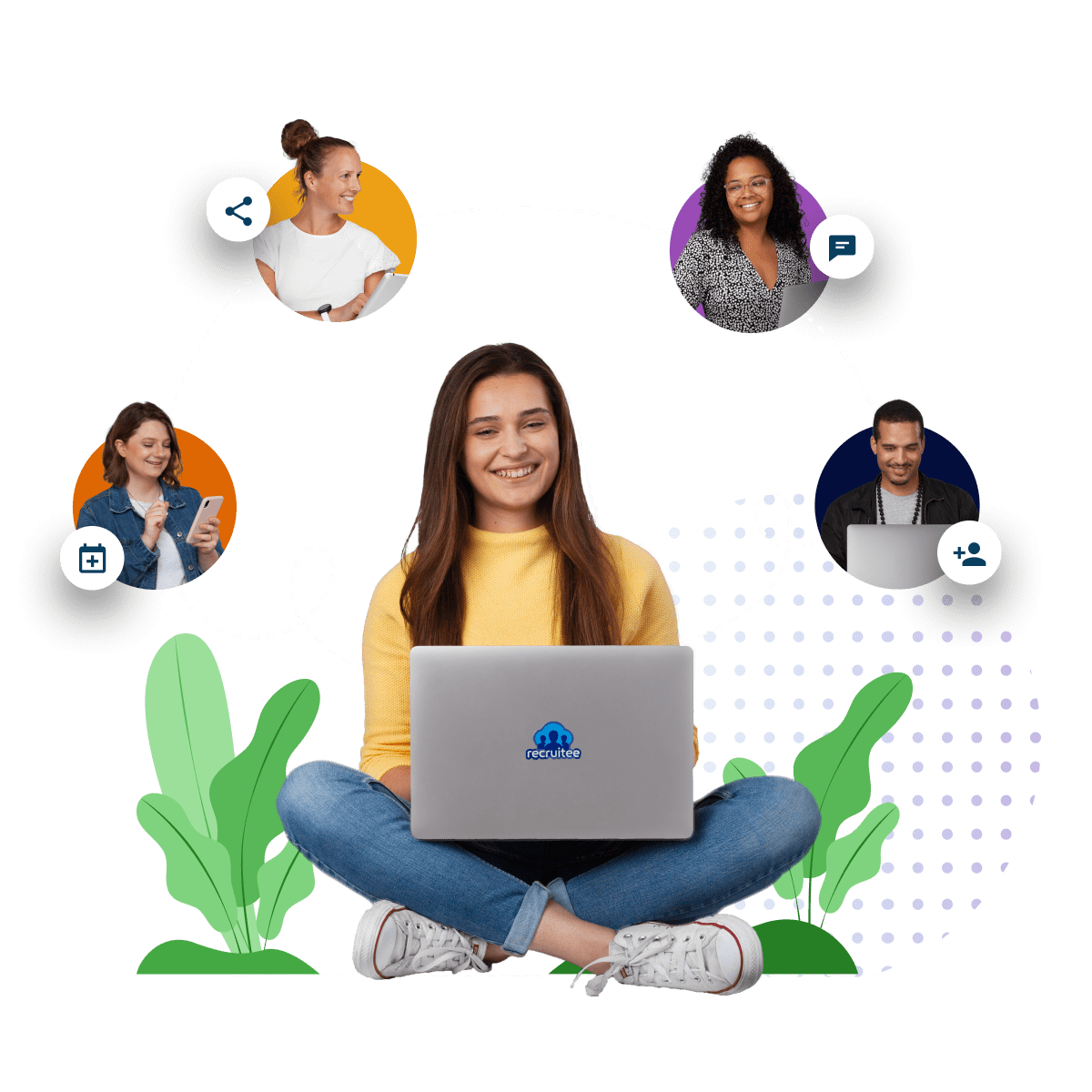