Regardless of how effectively your recruitment team can source talent, there’s always the possibility that the person behind the resume isn’t a good fit for your organization. That, of course, is why the job interview is such a critical part of the hiring process.

But how can you tell if an applicant is a good fit or not? One way is to be aware of some common job interview red flags that might indicate that a candidate isn’t as ideal as their resume makes them out to be.

In this article, we’re going to look at 10 job interview red flags you should be aware of when hiring candidates.

It’s important to have a clear vision of what type of candidate you want, and the personality traits they’ll need to fit into your company culture.

Having a clear vision of what you’re looking for will help you establish your own red flags that are uniquely tailored to your company and goals.

There are, however, some universal interview red flags that might indicate negative things to come if you choose to hire that candidate.

Body language helps recruiters understand the meaning or reality behind the words during an interview. It’s not uncommon for a candidate to say one thing, but then betray that statement by giving off contradictory body language. If you’re noticing conflicting body language, this may be a sign that the candidate isn’t being truthful.

Generally, you should look out for things like lack of eye contact, slacked or over relaxed posture, or standoffish body language. All of these are potential signs of a lack of confidence, a lack of professionalism, or a negative attitude, respectively.

Likewise, how the candidate presents themselves is a huge tell for how much they value this opportunity, and how seriously they might take the job. Being rude or dismissive to the interviewer or other staff members is clearly a red flag. As is a sloppy appearance, or tardiness without notifying you that they’ll be late.

There’s an expectation that candidates will put their best, professional foot forward during an interview. If there’s a clear lack of effort to look and act professionally, then that’s a red flag of how they would act on the job as well.

3. Lack of passion for the role, product, or company

Presumably, if a candidate is taking the time to interview with you, then that means they’re interested in the role, product, and company they’d be working with.

At the very least, candidates should have read a few company blog posts and spent time learning as much as they could about the role. It should be clear right away how interested a candidate is in the job and how much they want to join your team.

Just ask a few questions about the company, recent projects, or plans for the future to find out how much research someone has done.

A good fit will be noticeably excited and passionate about the prospect of working with you. If they’re not, then it’s possible that they might not want the job, or they want it for the wrong reasons.

4. Lack of ownership over past mistakes or experiences

Deflecting ownership, or making too many excuses for past mistakes and hiccups in their career is a clear red flag interviewers should be aware of.

Failing and learning is an integral part of growth in your career, and a refusal to take ownership of that can be a negative sign of how that candidate would react to failure at your company.

If your candidate is blaming former colleagues for mistakes or failures in previous roles, or they talk poorly about their previous boss, you, as an interviewer, should take note.

Good candidates will take ownership over their past, and be able to clearly explain how they learned and would change things in the future.

That said, opening one's soul to a stranger can be awkward, so give your applicant some breathing room to elaborate on more in-depth responses. However, it should raise red flags if they continue to demonstrate a serious lack of ownership over their mistakes and their role in team failures.

Interviews are supposed to be a conversation. They’re an opportunity for the recruiter or hiring manager and the candidate to feel each other out to see if it’s a mutually good fit. A big part of this conversation comes down to the candidate asking questions about the company, role, team, and responsibility.

If your candidate doesn’t ask any questions during an interview, then it’s a good sign that they’re either not truly interested in the role, they didn’t do their homework, or they weren’t listening. But be wary. This is a well-known job interview red flag, so candidates may ask a list of questions just to avoid this mistake.

Be sure to listen to what the candidate is asking, and whether the questions are insightful and relevant to the conversation you just had.

Perhaps more concerning than asking no questions is a candidate who shows up to an interview noticeably unprepared. If the candidate doesn’t seem to have at least a basic understanding of the role, your company, or what you do, then it’s a clear red flag that they didn’t value this opportunity enough to do their homework.

Being prepared means that the candidate should be on time, they should have researched your company and the role, and they’ve come prepared with insightful questions. Asking pointed interview questions about your company, or about potential responsibilities, is a good way to identify if this red flag is present.

The candidate’s attitude and respect toward their previous employers is often an indicator of their general attitude towards work. If they openly complain or gossip about their former colleagues, then this should be taken as a red flag of how they would interact at your company.

Of course, some negative feedback is not unexpected and might offer good insights into how that person dealt with difficult people situations. Pay attention to how the candidate provides negative feedback about their past company, and follow it up with questions about how they managed it.

It’s expected that a candidate will be as engaged as possible during an interview. That means they pay attention to what is being said, and engage in a back and forth dialogue. Candidates who repeatedly forget what has been said, or have to ask for clarification or repetition of basic points, may not have the greatest listening skills.

Worse, poor listening skills are a good indicator that the candidate pays little attention to detail, which may translate into issues in the workplace.

As mentioned before, career growth is all about learning from one’s mistakes and adapting for success. A job interview red flag is when your candidate cannot offer any insights into what they learned from a specific event, project, or job.

This might show a lack of interest in growth and improvement, or that they did not value their previous position enough to strive for betterment.

Lastly, it makes sense that a candidate should be able to explain, in detail, what they did in a previous job and how that relates to their application at your company. Failing to do either might be an indicator that they don’t pay attention at work, or weren’t engaged enough to see how it applies to your company.

Knowing the job interview red flags is one thing, but spotting them can sometimes be tricky. To help, we’ve put together four tips on how to spot candidate red flags.

How to spot candidate red flags

Sometimes the interview red flags will be so obvious that it’s impossible to miss them. Other times, they might be subtle and difficult to spot on the fly. To help with this, it’s important to actively use some repeatable tactics during your interview.

Of course, one red flag during an interview might not be a complete deal-breaker. As always, use your judgment and your skills as a recruiter to make a decision on whether the perfect resume is also the perfect hire for the job.

Noticing job interview red flags for employers can be challenging. You'll need to invest some time in getting to know each candidate individually to determine whether or not these warning signs apply to them.

At Recruitee, we have developed collaborative hiring software to help your team find and hire new employees quickly and effectively.

‍Contact us today to improve the quality of your candidate assessments by incorporating feedback from more people into the hiring process. 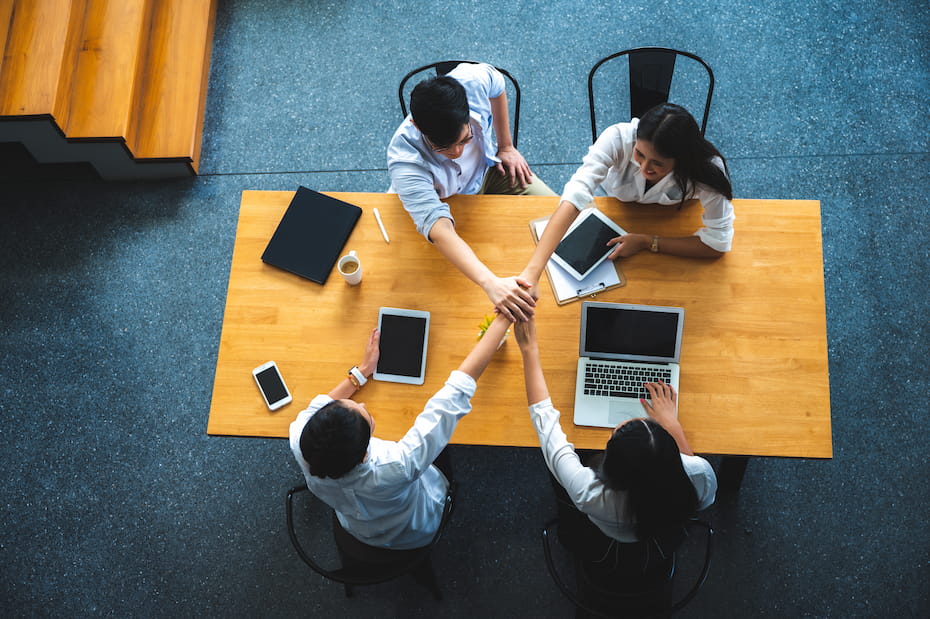